​
Valerie enters her fourth season as Head Coach at Midwestern State University in the fall of 2021.

The 2020-21 campaign marked Valerie Armstrong's third season at the helm of the Midwestern State volleyball program.  The team finished with a record of 10-7 and won the first round of the conference tournament again DBU for the first LSC post season win in school history.

In 2019, Armstrong guided the Mustangs to an 8-21 (5-13) mark and the club's first Lone Star Conference Postseason appearance since 2016. The eight wins marked a three-win improvement from 2018.

In her first season at the helm of the MSU Texas program, Valerie Armstrong led the Mustangs to a 5-23 record and a 3-17 mark in Lone Star Conference play. She guided the Maroon and Gold to their first win over a ranked opponent since the 2011 season when Midwestern downed No. 16 Central Oklahoma - 3-2 - on Aug. 24.

Valerie was the top assistant at Binghamton University for 4 years. The Bearcats advanced to America East postseason play in each of her four seasons on staff reaching the finals in 2017.

Prior to Binghamton, Armstrong was an assistant coach at Alabama State.She was part of the team who became the Southwestern Athletic Conference (SWAC) tournament champions helping guide the Hornets to their first NCAA appearance in school history. Alabama St. set a program record for wins (25) and named five players to the SWAC all- conference teams.

Prior to her time at Alabama St. Armstrong spent four years as the head coach of Vernon College, a National Junior College Athletic Association (NJCAA) institution. While in North Texas, Armstrong helped guide 16 players to all-conference recognition including four academic all-americans. In 2012, Armstrong navigated Vernon to a 32-7 record en route to a conference championship. Vernon ended one its best seasons in program history ranked 15th in the final NJCAA poll.

Before coaching at Vernon, Armstrong was the head coach at Colby Community College (Colby, Kan.) and College of the Southwest (Hobbs, N.M.) gaining valuable experience.

Armstrong, a native of Big Springs, Nebraska, received her Master’s degree from Concordia University (Irvine, Calif.) in coaching and athletics administration in 2012. She earned her bachelor’s degree in agriculture business from Oklahoma Panhandle State University (2007) and her associate’s degree from Eastern Wyoming College (2005). While a member of the Eastern Wyoming program, Armstrong was named an Academic All-American. She was also named Female Athlete of the Year honors while at Oklahoma Panhandle St. 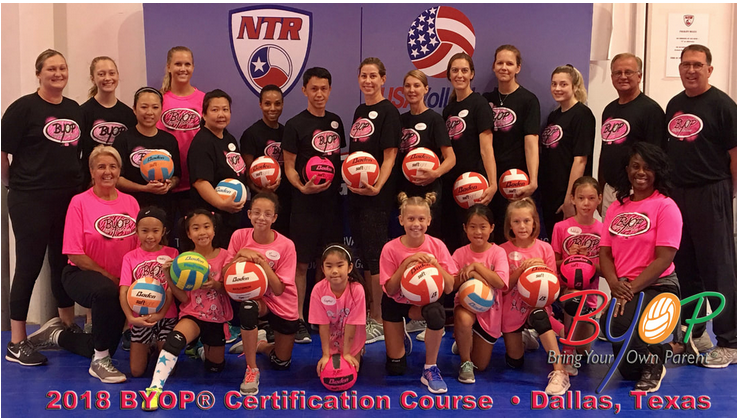 BYOP® Bring Your Own Parent is a registered trademark of brvc, LLC © 2012-2022
All rights reserved.   PO Box 702505  Dallas, Texas 75370
All photos/ logos on all pages of this site may NOT be used or downloaded without written permission from brvc, LLC

Why is this Certified BYOP® Instructor Training so extensive?

The criteria, training and ongoing education are necessary in order for the Certified BYOP® Instructors to meet and maintain the standards and competencies of the BYOP® program. Check with your instructor to see if their Instructor Certification is current.
BYOP® Bring Your Own Parent is a registered trademark of brvc, LLC © 2012-2022
All rights reserved.   PO Box 702505  Dallas, Texas 75370
All photos/ logos on all pages of this site may NOT be used or downloaded without written permission from brvc, LLC